Build Institute empowers people to launch ideas and grow businesses by providing access to education, resources, and a supportive engaged community. While Detroit’s entrepreneurial ecosystem is continually growing, April Boyle, Founder and Executive Director of Build Institute, found that it is becoming even more critical to support women and people of color in Detroit due to increasing inequality in entrepreneurship. As featured in the 2020 Detroit Entrepreneurial Ecosystem Report, she discusses the importance of equitable and inclusive entrepreneurship and how Build Institute helps.

In cities all across the country we have underinvested in our residents and left many doors closed as a result. For example, much of the recent development in Detroit has been in two specific areas – Downtown and Midtown. That development is necessary and important, but we are still leaving neighborhoods behind and missing countless opportunities to serve native residents. As CityLab reported in February 2017, “Though Detroit is back from the brink of bankruptcy, the reality isn’t as rosy as the popular narrative suggests. . .within the city, recovery has been highly uneven, resulting in increasing inequality. Detroit is growing downtown, but struggling beyond it, and is two very different cities – one white and privileged, the other black and deprived.” Economic inequality, access to professional opportunities, and barriers to small business ownership continue to be a challenge for people of color and women. 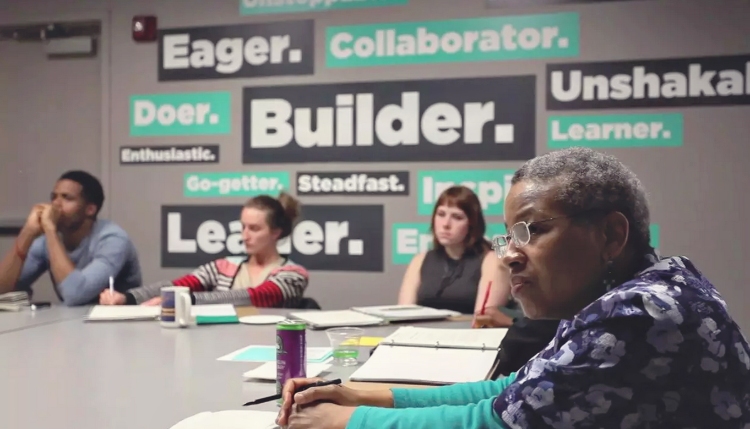 Funding is consistently provided to technology and high-growth startups which are run mostly by white males, many who live outside of the cities they operate in. Countless studies have shown that there are few role models and a lack of mentors for women-owned businesses. This contributes to the perception that entrepreneurship is a male-only endeavor and shows unequal access to startup funding and financing streams. This leaves women with fewer credit options and a small portion of venture funding. Many of these individuals do not have a significant family or financial cushion to fall back on in launching their businesses. Instead of investing in these individuals and giving them opportunities, we end up holding them back.

That is why it is important to invest in inclusive and equitable entrepreneurship. People of color and women have been left out of the conversation for too long. This is a major reason that Build Institute exists. We serve microenterprises and “Main Street” entrepreneurs throughout the region. We aim to shift the current paradigm that says small business success must be big and immediate, that taking risks outside of technology – on businesses such as retail, services, and the arts – is bad, and that investing in women or people of color comes with a lower ROI. We aim to lower the barriers between underestimated individuals and small business ownership, and to serve as an example to other communities in and outside of Michigan with similar challenges and goals.

Learn more about EntryPoint or contact us to discuss ways we can partner!